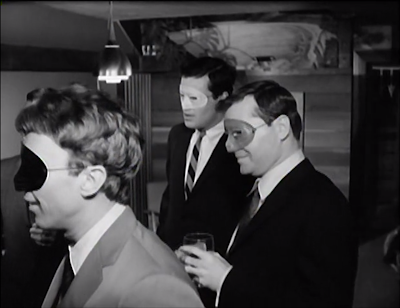 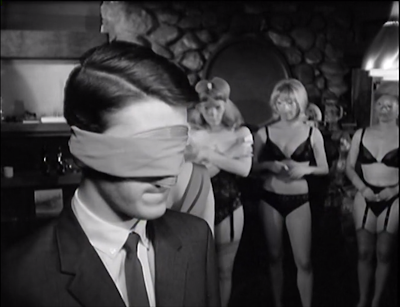 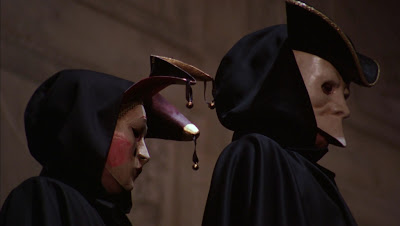 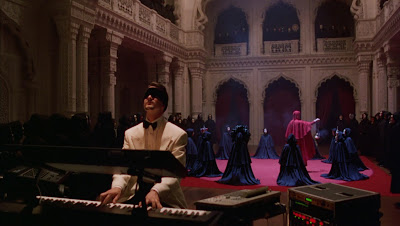 Email ThisBlogThis!Share to TwitterShare to FacebookShare to Pinterest
Labels: eyes wide shut, joseph w sarno, stanley kubrick, the swap and how they made it

Things are gonna be a bit quiet here for a while. I'm putting on a stage play for FringeNYC. Goes up in August. More details as the date approaches, I promise.

- The Long Hot Summer is a really fascinating adaptation. It's Faulkner, but since Cat On a Hot Tin Roof was just a smash, it's in the style of Tennessee Williams. Not a natural fit, they have to hammer the edges a bit to make the characters work, but it's really strange and kinda funny to see recognizably Faulknerian elements dressed up with the sordid family saga of Williams.

Howard Hawks's 1951 The Thing from Another World is marked by sexual tension and optimism. Even the villain is eminent, reasonable, and accepted back into the film's fold as "heroic"in the final scene, he was merely stressed and naive. The threat is purely external - the monster does not shapeshift in this movie - and humanity (i.e. the US) survives by uniting and employing our technical wizardry to improvise a weapon. Shades of the A-Bomb, shades of the UN. Later, Star Trek would run for decades with the concept that the-US-as-the-world is elevated and invincible by technical ingenuity. It's a film caught in a historically unique moment - full of pride for the war we won and frightened and weary at another on the horizon. The arctic solitude here speaks to the American soldiers frozen and battered in Korea and, of course, to the frozen giant of the Soviet Union, which is hardly ever spoken of but is always present in this film.


John Carpenter's 1982 The Thing is a much angrier film. The threat comes from within. Humanity doesn't unite, it crumbles. Our heroes are burnouts and opportunists. The unit's captain, Garry, is impotent and faintly ridiculous. He's ridiculed most when he's decisive and fires off shots, and he famously almost spends the winter tied to a couch. There are no women in this version. It is sexless and loveless. At the film's end, there's a tired standoff - the idealogical stalemate Reagan had just broke? the post-Vietnam, post-Watergate malaise? It almost seems like human life isn't worth the effort to save.


Matthijs van Heijningen's 2011 The Thing is sort of a pastiche of the first two films. It plays on our foreknowledge of the events in Carpenter's film, but constantly undermines and tricks us. We don't really know what happened at the Norwegian camp, we realize, even though we got a pretty good sense of it from Carpenter. The details, the facts, are all shifting and unpredictable like that strange inhuman computer we see in the spaceship, as far removed from the Carpenter film's Atari-looking prediction machine, with its clean precision, as that film's computer was from the ominous flickering of Giger counters in Hawks's film.

Even the hero of Heijningen's The Thing is not who we expect. We've seen Carpenter's film and are aware that two men survive to fight the Thing, but they're a red herring - it was really a woman leading the fight. Women are totally absent from Carpenter's film and capable but ancillary to Hawks's. Here, women are forefronted. Mary Elizabeth Winstead's Kate will not be Rosalind Franklin-ed out of history.
Posted by John at 10:59 AM 3 comments: