The Power of Shadows

Thought I would mix things up today and just talk about something I love: shadowplay. Proper placement of a shadow can transform a good scene into a great one. Don't believe me? Go re-watch The Searchers and pay attention as Scar's shadow cut across Debbie and the grave.
But everybody knows the heavy hitters - everyone's seen Nosferatu's shadow creep up the staircase and clutch Greta's heart (at least I hope so, otherwise what have you been doing with your time?), and everybody remembers those amazing shadows Jessica Chastain casts across the screen in Tree of Life. Let's focus on a few less-remembered moments in shadowy cinema.
First up, Abel Ferrara's divisive third version of Jack Finney's novel The Body Snatchers, 1993's Body Snatchers. In this scene, EPA agent Steve Malone is asked some disturbing questions while taking soil samples. It's an early scene which lays the groundwork for the film's mistrust of the military and the character's creeping realization that he's in over his head.
Look at those shadows behind him! Eerie! He has no where to run, and what's worse - he doesn't even see them behind him. We have the sick sensation that they're creeping up on him from behind. Plus, the doubling effect impeccably compliments the film's themes. What are the pod people, after all, but dark shadows of us?


It doesn't always have to be eerie, though. The 1950 bomb The Cosmic Man has very little to offer a viewer. It's a cheap knock-off of The Day the Earth Stood Still, with poor acting and a worse script. Perhaps because of these deficits, it has a few really striking shots. This shot, our first glimpse of the hero, is my favorite of the lot.

How do you introduce a dull protagonist? How do you convince the audience, in a single shot, that this schmo is vital and important?

You circle his head and put a bunch of arrows around it. I've tried to think of another word for it, but the one I keep coming back to time and again is "ballsy." That is one ballsy move. 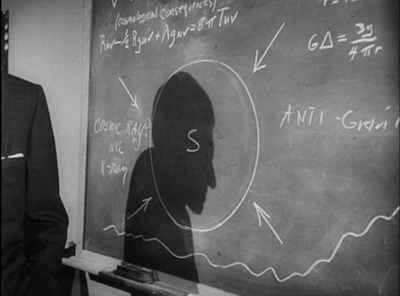 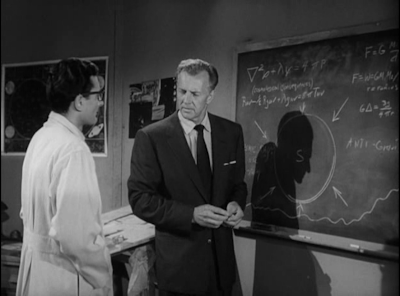 
Next up is by far the most celebrated shot of the three, but one that's still under-discussed. In Wim Wenders' 1987 masterpiece Wings of Desire, there's a moment at a Nick Cave concert when the angel Cassiel realizes his friend Damiel has fallen in love with a human. He becomes sullen and leans against the far wall of the concert hall, reflecting on his friend and the realization that he may be alone from now on. The stage lighting shines on him, diffusing his shadow into three images which climb up the wall over and over as the lights cycle.

Bryant Frazer, notably quoted in Roger Ebert's Great Movies review of the film, characterizes this moment as "watching Cassiel's very essence fragmenting before our eyes." I'm not sure that's all there is to it. It's a hard moment in the film, but in many ways it's a film about rising up from hard moments. Cassiel's shadow infinitely rising, falling, and rising again taps into the film's hopes about us. It's also what drew Damiel towards humans in the first place - the small ups and downs of our lives. For the angels, life is a long and steady process of observation, while we humans rise and fall a million times every day.

It's a complicated and centrally important image. I have only scratched its surface. It's also uniquely beautiful - a moment in which proper control over a shadow turned a good moment into lasting artistic greatness. 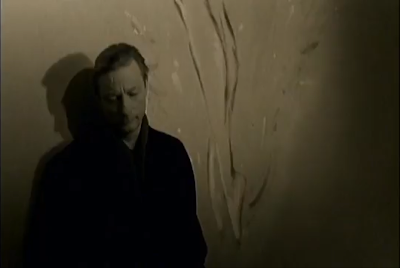 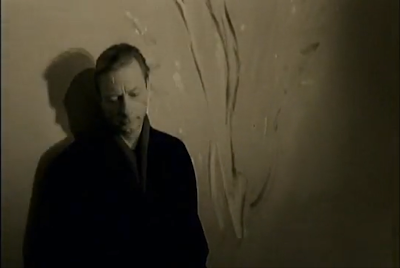 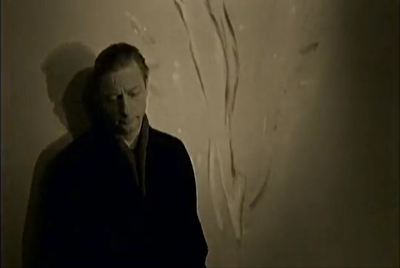