A Look at Poverty Row part 5, Strangler of the Swamp and The Vampire's Ghost 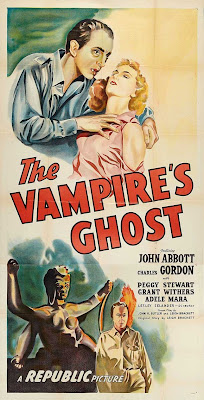 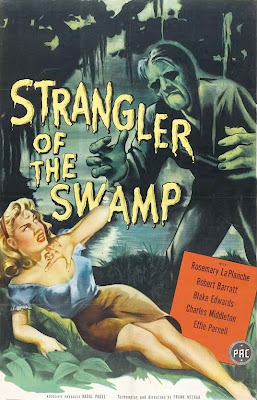 It would be shamefully negligent of me to discuss Poverty Row at any length without getting into horror.  The state of Poverty Row horror discussion is pretty much the state of the horror genre in general - it is practically self-contained, with a small but loyal cadre of fans who have meticulously catalogued every bit of information they can unearth. Meanwhile, most mainstream critics dismiss their output as shoddy and stilted, preferring to focus (if at all) on the film noir output instead.

But as usual with the horror genre, some genius snuck through, and in final analysis, many of the greatest films from Poverty Row were stories of the supernatural. So let's look at two of 'em - a solid double feature of quick, unique, and smart films. 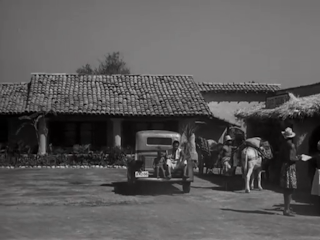 A typical day in The Vampire Ghost's world - hot and slow.

As far as I can tell, The Vampire's Ghost is Republic Pictures' only vampire movie. It's a weird one! Our vampire can go outside during the day (though he's not a big fan of it) and he doesn't sleep in a coffin. We don't see him lean Nosferatu-style over anyone's bed or turn into a bat. 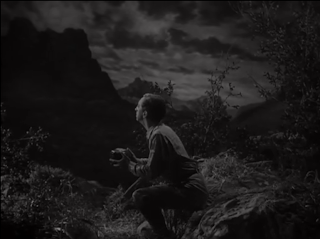 Instead, our vampire Webb Fallon is a weary-looking Englishman adrift in an African port town. He holds his victims hostage in a Svengali-like hypnosis, which they rue and suffer over upon waking. Guilt hovers over every frame - guilt and the fatigue of disappointment. The natives aren't fooled, and immediately set to work plotting his demise. It's an odd little film, a surprisingly overt criticism of Colonialism and a slow and sad meander through the dry heat of Africa in the style of the much more highly acclaimed but less effective Coup de Torchon. 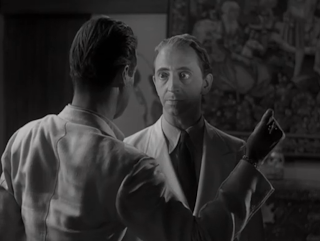 Lugosi's accent has nothing on these eyes.

John Abbott is magnificent as Fallon. He plays the vampire's age as well as anyone else has - each weary movement and glance of his steady eyes carries a natural gravity and intensity. Of course, the script throws him some great lines. He confesses his supernatural identity by growling "You are looking at a creature that doesn't exist. I live on and on to destroy peace and happiness." A strong line made stronger by Abbott's precise yet angry diction. The sound design is dense with frogs and drums, suggesting a world beyond the tiny sets upon which the drama unfolds. The Vampire's Ghost is short but long on ideas - a crisp and smart character study which was decades ahead of its time in its revisionist study of the vampire (it would have been right at home in the era of Ganja and Hess and Martin). 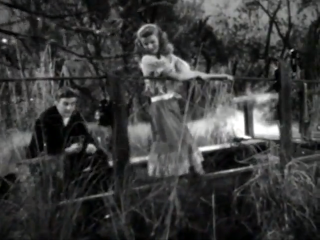 About the clearest look we get at the tangled, raging mess of a swamp - compare that to the hot languid look of Ghost's Africa.

Strangler of the Swamp, Frank Wisbar's remake of his 1936 anti-Nazi parable Fahrmann Maria, takes a different tact. Instead of The Vampire's Ghost's character study, we have a fairy tale in which the characters are more or less cyphers. We learn next to nothing about any of them and, well, we just don't care - all it lacks is a "Once Upon a Time." It's the story of Death with a capital D stalking a bayou ferry to claim a young lover. Fahmann Maria casts a long shadow. It's one of the only films to match the eerie, half-silent energy of Vampyr. It does wonderfully peculiar things - one pivotal conversation takes place entirely inside a building which the camera is outside of. We hear every word and see nothing. 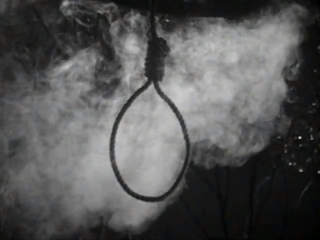 Death is always present in this film.

Strangler, ever efficient, doesn't have the poetic heart of its predecessor, but it comes close at times. The swamp is alive, and it does not like you. Everything is covered in veils of fog. More fog than The Fog. You're struck occasionally with a deep claustrophobia watching this one - like at any moment someone's going to wander off and be lost forever in the angry swamp and the heavy, tiring fog.

It's all atmosphere, and despite what Creepshow wants you to believe, this little film is the closest anyone has ever come to creating an EC Comics story on film. 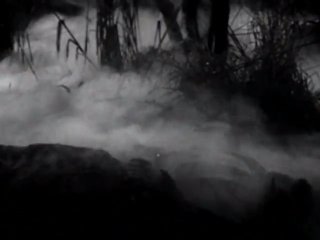 There's a human body lost somewhere in this fog.

Lesley Selander, director of The Vampire's Ghost, has his place in film history - he directed more westerns than anybody. He cranked out 107 between 1932's Ride 'Em Cowboy (unrelated to the unfortunately titled Ride Him, Cowboy of the same year - probably John Wayne's best b-western) and 1968's Arizona Bushwhackers. John Abbott was briefly blacklisted because Dalton Trumbo used his name as an alias, but aside from that had a long and unremarkable film career to supplement his long and extremely remarkable theater career - Tennessee Williams wrote a one-act for him, he did Hamlet with Olivier, and he was in one of the better Star Trek episodes!

But it's the screenwriter of The Vampire's Ghost who had the most interesting career. The immensely talented Leigh Brackett went from this film to the hat trick The Big Sleep, Rio Bravo, and The Empire Strikes Back, as well as dozens of short stories and novels. 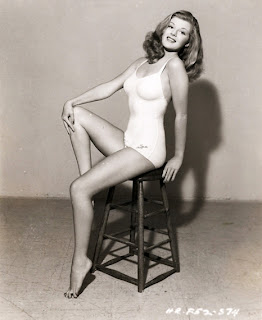 Strangler of the Swamp director Frank Wisbar made a few dozen unremarkable films (though I hear good things about Wet Asphalt) including Devil Bat's Daughter, the passable sequel to Poverty Row standby Bela Lugosi's only film at PRC. That film starred Rosemary La Planche, the real-life former Miss America who risks her live for love in Strangler.

The Vampire's Ghost is on Netflix instant - a beautiful print! - and like the rest of PRC, Strangler of the Swamp is all over youtube. So is Fahrmann Maria. And for the hell of it, here's an excellent piece comparing those two films. 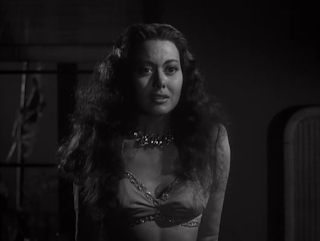 Check out that lighting! She's lost in shadow without disappearing into them.
Posted by John at 9:00 PM