The Last Woman on Earth 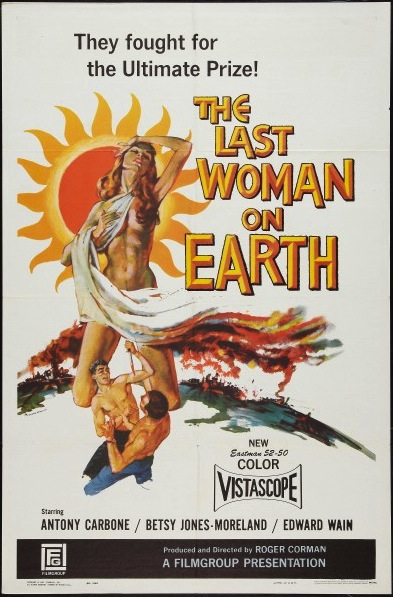 The Last Woman on Earth is not one of my favorite films. It's not even my favorite Roger Corman film - how could it be, in a world in which The Intruder exists?

But! This 1960 much-maligned cheap-o horror film about three people alone in the world is, in a very real way, one of the most important movies in my life.

In 2010, I made a movie. It was about two men and one women who wake up one day to find New York City totally deserted. With no clues to understand their situation, a creeping paranoia overwhelmed them all, especially Roger, the odd man out of their trio.


I think it's a pretty good little movie. It's rough as hell and a bit too dark and close-hearted to be a crowd pleaser, but I'm proud of what I did.

I was inspired by a lot of things - the isolation I saw many of my friends slipping into, the deserted feeling you get in certain areas of the Bronx which were built for foot traffic that never came, and of course, about a billion movies from Target Earth! to 28 Days Later. There's a whole genre dealing in isolation anxiety and I think even the great ones get it wrong sometimes. They compromise, add extra characters for the climax, or linger on explanations nobody wants to hear.

One film stood above the rest - The Last Woman on Earth.

Scripted by Robert Towne, who a decade later would pen the uncompromising Chinatown, and shot on location in Puerto Rico alongside two other Roger Corman films (he had just learned about their tax incentives), it's the story of a pushy businessman, his wife, and their lawyer sharing a villa after "something"temporarily burns all the oxygen out of the atmosphere, killing everyone else on the planet. The film's explanation of what happened is ingenious, caustic, and dismissive: "an act of God or bigger and better bombs, what does it matter?"

That cynicism is at the film's core. There's a worn-out vibe to it all, tropical lounging and unresolved tension over the growing impossibility of their living situation. The end of the world narrows the world to a love triangle. I find that biting and beautiful.

I saw The Last Woman on Earth for the first time in early high school, and the contrast between the beauty of the world and the ugliness within us really struck me. Its visibly low budget and unabashed willingness to exist despite that, hit me the way punk hits teeangers. This film, as much as any, as much as Detour, sparked my interest in low budget DIY film.

The Towne script has a lot of meat on its bones, more than many realize, I think. It predicted a lot of the Cold War malaise that would define the sixties - the patriarch lashes out when his "system" breaks down and his money loses its allure - and there are some strong character beats. We even open at a cockfight, a fitting symbol for everything that comes next.


Anyway, I think it's a film very much worth the watch, and the reason I bring it up is because I just learned now that this movie that I've seen a half a dozen times over ten years was made in color. This is a bit of a surprise because Corman's other Puerto Rico films (Battle of Blood Island and Creature from the Haunted Sea) are both black and white. I guess he splurged on this one. 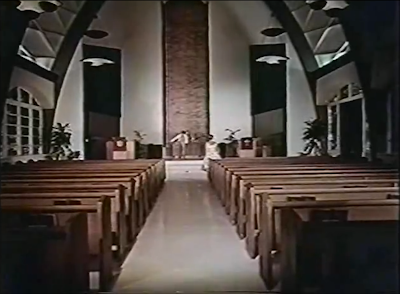 See all the public domain DVD manufacturers are struck from a black and white print because it was the highest quality image available. The colors on this surviving color print have faded and faded harshly. So for a decade or so I watched it in black and white, blissfully unaware that that wasn't the intention. Feels like a throwback to my parent's generation watching stuff like The Fly on their little black and white TVs. 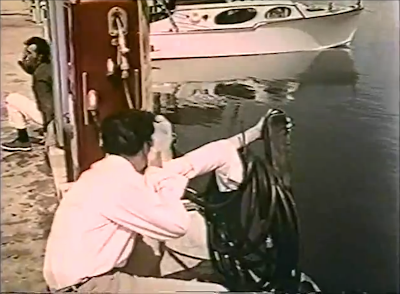 I just got wind of the color version on YouTube, though, so for the first time in years I sat down to watch one of the Movies Of My Life, to use Truffaut's term. The movie itself was better than I remembered. It's heavy handed and the musical score is unambitious as is often the case with Corman, but it's really brisk and acerbic and, man I borrowed a whole lot from it huh?.

The color added a lot. I could distinguish the faces better. In color, the age difference between the men is much more apparent. In the black and white print the men are both just white blurs with black hair. It also feels warmer now, there's a real tropical langour that was present in the old print in word but not in image. The faded nature of the print helped in this regard, actually, because the colors faded unevenly and the green of the leaves pops. 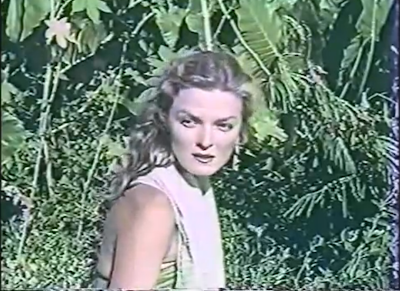 I feel like I've rediscovered this film, like it had more in store for me than I ever knew. Movies are pretty great sometimes, aren't they? Just another chapter in the weird history of unrestored cinema. Movie fans often talk about how much we'd love to "watch something again for the first time." I just did!

If you're interested, y'all can watch the b/w version here:

and the color version here: