I'm more of a Superman guy, but the new The Dark Knight Rises poster is awesome, and here's why:

The Batman Begins poster showed Batman swooping down between the buildings of Gotham, surrounded by a debris of bats. He's a natural element contrasting with the buildings, just a man struggling to find his place. 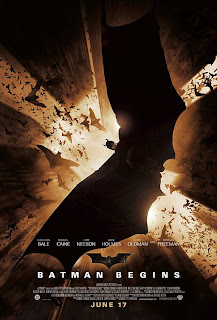 The Dark Knight's poster begins to unify Batman and Gotham. His brand is burnt into the side of a building and the chatter of bats is alluded to with a similar pattern of metal debris. He still stands apart, though, isolated at the bottom. 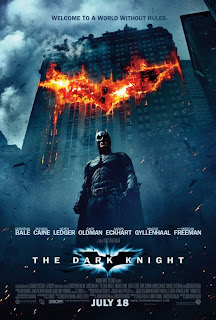 The Dark Knight Rises' poster finally unifies Batman and Gotham. It recreates the framing of the Begins poster, but the bats are now fully replaced by the collapsing buildings. Batman, strikingly, is totally absent. He exists as negative space, a spectral figure in the skies over Gotham. Batman has been absorbed into the city and exists as what he always intended to be: a figure of lore to terrorize criminals. 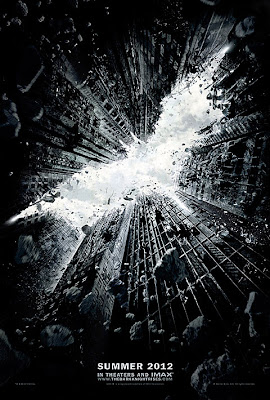 It unifies the Begins and TDK posters, suggests a completion of a journey, AND harkens back to the original 1989 poster and iconic imagery: 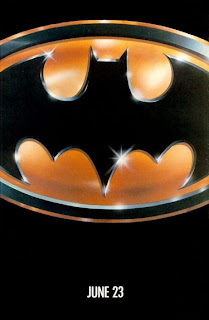 but in negative - unlike the Batwing/moon image, Batman is not a dark figure caught in a spotlight, he is the spotlight ITSELF, white and ethereal, looming over the skies. It's a complex, dark, almost fascist image that reaches the heart of Nolan's take on the character.
Posted by John at 1:47 PM