A Name Worth Knowing: Pen Tennyson

Pen Tennyson is a name worth knowing. 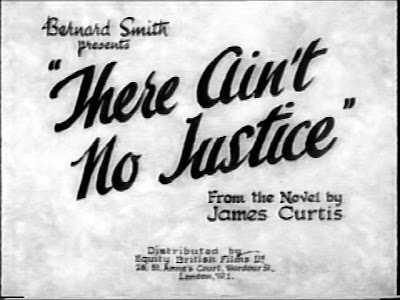 There ain't no justice in his life.

He was born in 1912, the Oxford-educated great-grandson of Alfred, Lord Tennyson. In 1932 he entered the film business in England and in 1934 he was taken on as assistant director of Hitchcock's The Man Who Knew Too Much. An elegant start to a promising career, he became known as Hitchcock's protege, ADing The 39 Steps and Sabotage.

He married the lovely Nova Pilbeam, star of Young and Innocent and The Man Who Knew Too Much in 1939; that same year, at just 27 years old, he directed his first feature film. 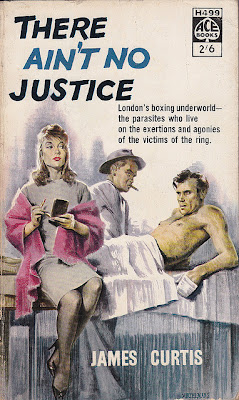 It's called There Ain't No Justice, a boxing film based on a James Curtis novel - tough jokey dialogue and a hard-luck story. Seems a good enough fit for the man, but it stumbled in the casting of soft Jimmy Hanley as the toughest man around. Didn't commit to its own universe, in a way. But it's thrilling and fun and the climactic boxing match, which takes place in the middle of a riot, is one of the best I've ever seen.  It all has a very Hitchcockian sense of escalation and place. There's a character who has a cartoon boxer tattooed on the side of his face, and that sort of little detail is rare and great in a debut feature - superior even to Hitchcock's own boxing film, The Ring. 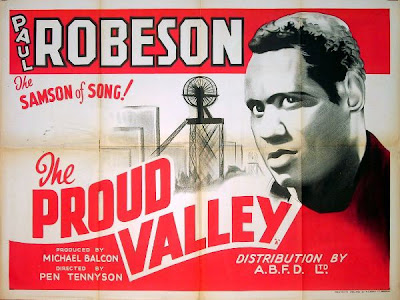 Next up was 1940's The Proud Valley, a strong story about a Welsh mining town choir starring the inimitable Paul Robeson. It might be Robeson's best film, and it's definitely Tennyson's. Shows a man capable of drawing a complex and layered community, a man with skill behind the camera and  heart behind his work. It's now in The Criterion Collection, which makes it Tennyson's only film with a proper DVD release. 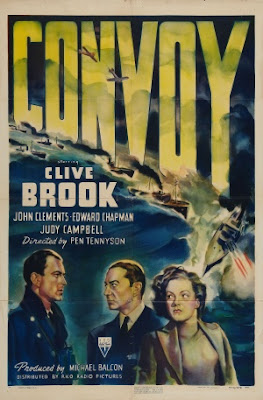 With two features under his belt in as many years and something of a stride developing, Tennyson helmed the wartime adventure Convoy, also in 1940. It's aged creakily - the war film of that generation didn't really blossom until AFTER the war when the horror had crept into every frame. That said, it's a strong enough showing. It's got kind of a Caine Mutiny feel, all set on a boat fretting over the day-to-day petty problems of the crew. It was the most popular British film of 1940. It's mostly dismissed now, perhaps a little too quickly as it's a well put together and nicely shot little affair. Convoy can be watched freely on youtube. It's worth the watch.

Pen Tennyson had made three features in two years. No masterpieces, but one that comes close to greatness and two others that have moments of rare and deeply cinematic grace. He had a beautiful wife who was on track to stardom and a contract at Ealing, the best studio in the country. He was under the tutelage of Alfred goddamn Hitchcock. So why don't we remember him?

In 1940 he accepted a commission in the Royal Navy's film unit - similar assignments would teach John Ford and George Stevens a great deal. One year later he was dead, smashed against the side of a hill in one of those horrible all-too-common military plane accidents.

And so ended the life of Pen Tennyson, a promising artist dead at 28 years old alongside 60 million other human beings.
Posted by John at 8:04 AM

Email ThisBlogThis!Share to TwitterShare to FacebookShare to Pinterest
Labels: a name worth knowing, convoy, pen tennyson, the proud valley, there ain't no justice