A Look at Poverty Row, part 1

As some of you might know, I'm in the middle of a project right now to watch every movie directed by Edgar G. Ulmer. It's quixotic as hell - I can't even get a clear count of how many he directed (it's somewhere between 47 and 53), but it's equally rewarding and I'm semi-seriously considering writing a short book about the man and his work. 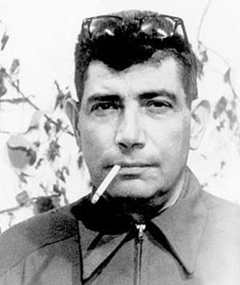 Basically the only clear picture online of the ever-elusive Edgar G. Ulmer

I bring the man up because one of the inspirations for the project (aside from the fact that he's just a damn good director) is my ongoing fascination with Poverty Row.

Poverty Row is kind of a loose term, as nebulous and difficult to draw borders around as Ulmer's filmography, but in essence it refers to the dozens of cheap production companies which turned out bill-filling movies between the dawn of the sound age and the end of the studio system. These studios made everything, but as a rule tended to focus on westerns, horror movies, and serials.

They became a training ground for filmmakers on the rise - among others, Douglas Sirk and Sam Fuller got their start in this arena - and a refuge for filmmakers who had fallen from grace, like our Mr. Ulmer and, most famously, the tragic Bela Lugosi. 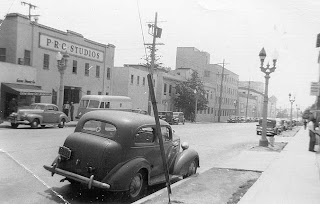 Republic Pictures is the most famous of the bunch - though some maintain that it was too successful to truly fit the bill. Certainly by the late 1940s when the studio had pioneered its own color system and produced an Oscar winner, it had outgrown its peers. They made a killing in the fifties because in a time when most studios were fighting against the tide of television, Republic wisely and quickly sold the broadcast rights to their catalogue.

Monogram Pictures, the studio that discovered Randolph Scott, Robert Mitchum, and Lawrence Tierney, is the next-most-famous, notable for its dedication in Godard's Breathless - a gesture which illustrated their product of choice: low budget crime films. They never reached the heights of Republic, but made a hell of a run.

And then there's PRC. If Republic's meteoric success made it the Jack Kennedy of Poverty Row, and Monogram's near-miss with greatness made it Robert Kennedy, PRC's scrappiness, long life, and unsung breadth of output place it firmly Ted. PRC was Ulmer's home of choice, a great talent in a rather lifeless studio (this isn't to trash the many greats who passed through the PRC gates, but overall their crop was not the best). Good old PRC is famous for never spending over a hundred grand on a film, I would also believe they never went over 75 minutes. 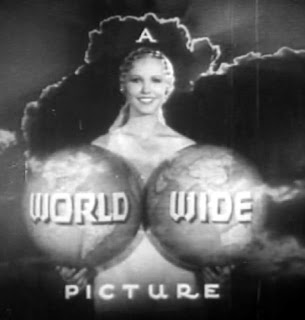 There are dozens of other such studios - Eagle-Lion Films, Invincible Pictures, K.B.S. Productions, Victory Pictures, World Wide Pictures, the list goes on, a hundred studios with ten thousand forgotten names. Much of their output has lapsed into public domain, and hundreds of Poverty Row features, shorts, and serials can be seen for free on - among others - youtube and archive.org.

As far as I can figure it, the most famous product of these studios is Edgar Ulmer's 1945 noir classic Detour. It's as fine a starting place as any, featuring all the hallmarks, both good and bad, of this movement. It's a small (both in scale and, at 68 minutes, length), intimate, angry film shot in about a week with a few sets and a few actors. It prickles with a raw energy you don't see in more polished studio output. 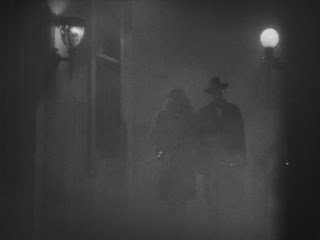 In the shadowy world of Detour, this is the most expansive look at New York City

Detour is a true masterpiece. It's a part of the National Film Registry, is on Time Magazine's "Top 100 Movies," and Noah Isenberg wrote a monograph on it for BFI. We all love Detour. But it seems like there's a strong belief that Detour is an aberration, a fluke masterpiece in a sea of duds.

That just isn't so. Edgar Ulmer was more than just Detour, as I'm learning every week in my Ulmer-a-thon, and goddamn it, so was Poverty Row. So let's move beyond Detour and witness some other great films from this forgotten movement, a wealth of films more easily accessible now than ever before. 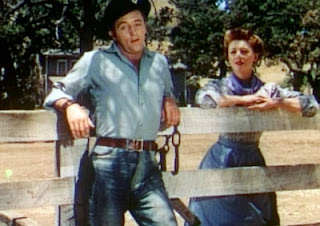 Republic's The Red Pony (1949) is not really Poverty Row, but at least one of these pictures should be color - plus, Mitchum.

But first, some stipulations:

1. This is not about movies are "so bad they're good." Voodoo Man and Maniac are hilarious, I know, but I'm much more interested in finding signs of real honest-to-god talent in these cinematic slums. When it happens, it's thrilling. Culturally, we rush to celebrate and mock the bad, and often forget the good. Some true talent went through the Poverty Row ghetto, their films forgotten, and they deserve their due however meager and belated this may be.

2. Republic Pictures post-1948 is disqualified. As I said above, Republic is the Cadillac of Poverty Row, and at a certain point they jumped to the majors. I draw the line at 1948 - it's not easy to hardline, but the year they released Orson Welles' Macbeth and spent a million plus on Wake of the Red Witch is as good a barrier as I can find. They made some great stuff after 1948 that I'd love to write about, but it's unfair to compare it to PRC's $20,000 quickies, and besides, I really hope I don't need to tell any of you to watch The Quiet Man.

3. This isn't a ranking. This won't be a list of The Greatest films, and it won't be sorted from best to worst. It's a cross-section, some solid and underrated films, hopefully hitting every major genre.

4. No serials. Serials are a whole different world, more analogous to TV than present day film. So that's a whole different list. Maybe I'll write it out one day - in the meantime I'll just say: Manhunt on Mystery Island. You're welcome.
Posted by John at 4:07 PM